A baby weighing 495 gm - born to a 36-year-old; became the first smallest surviving baby of India recently. Saili Laxman Pawar was born on October 2, 2010, at the Oyster and Pearl (ONP) Tulip Hospital in Pune.

Shaila Pawar, a homemaker who had undergone 13 unsuccessful pregnancies before she delivered Saili said, “I wanted a baby desperately.” Belonging to a lower middle-class family from Parner, Ahmednagar, her husband Laxman is a primary school Teacher. 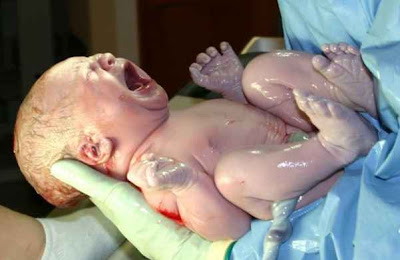 Speaking to DNA, neonatologist and intensivist at ONP Tulip Hospital, Dr Tushar Parikh, said Shaila was admitted with a clinical history of high blood pressure that always erupted during pregnancy.

He said, “This is commonly known as pregnancy induced hypertension (PIH), which is seen in about 8% pregnant women. Her pregnancy failures included three abortions and three intrauterine deaths along with miscarriages.”

Parikh said the patient was referred to them in her sixth month of pregnancy and had already started showing symptoms of high blood pressure like impaired brain and hampered visual function. “She was put on anti-hypertensives, but to prevent another miscarriage, we took the decision of performing a Caesarean section,” he added.

Shaila delivered in the 27th week of her pregnancy, making the baby premature with a birth weight of around 495 gm. “Survival rate in such babies is very low, due to which immediate care and timely intervention is provided,” Parikh said.

The doctor said after birth the baby was shifted to the neonatal intensive care unit where she was kept for almost three months and was discharged on December 22. “Her skin was very thin and she had underdeveloped organs.”

“Artificial breathing support was required as her lungs were weak. To save the baby of such a small size was challenging as problems related to any one system can singularly kill the baby; which is also the commonest outcome in these cases,” said director of ONP Tulip hospital and department of paediatrics and neonatal.